What Does a Tiger Symbolize?

Sitting at the top of the food chain, the tiger is an apex predator. Dark vertical stripes on brown fur make it easily recognizable. Many people call it the most beautiful predator due to its charming looks. Tigers mostly hunt wild boar and deer, but they don’t back off if any other creature comes in their way. They even attack humans to soothe their hunger. However, the species of this wild cat is on the verge of extinction due to humans. People often ask what does a tiger symbolize? The answer is explained in this post.

Tiger has become a symbol of violence and courage. It is the most dangerous creature in the wild. This wild cat is quite fast, courageous, and agile. It can hunt almost every living thing that roams in its territory. Its majestic charm lures thousands of people into the wild. That’s why everyone wants to have a tiger as their spirit animal. This beautiful and dangerous cat symbolizes exceptional strength, unpredictability, anger, agility, and balance.

People do not dare to walk alone in the jungle if a tiger is roaming there. It won’t let you know about its presence and suddenly attack from nowhere. That’s how skilled a tiger is. It symbolizes everything that we have always wanted.

I have often seen a tiger in my dreams. He was aggressive towards me and preying on me. That’s what made me curious about what does a tiger symbolizes. I found many interesting facts. You should read them if you think spirit animals and totems play a crucial role in our lives.

No time to read? Watch the video “What Does A Tiger Symbolize?” instead! 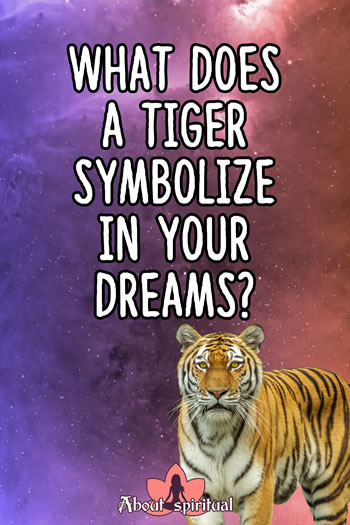 The white tiger is the most beautiful predator you would ever see in the jungle! It is not a different species but it is the Bengal Tiger. Only one out of 10,000 Bengal Tigers is born as a white tiger.

It is usually larger than an average Bengal tiger. This predator can be up to 11 feet long and can weigh up to 550 pounds. Black stripes over white fur and charming green-yellow eyes make it one of the most fascinating animals on this planet.

This animal also symbolizes a lucky encounter with our spiritual challenger. It helps us in understanding much deeper life messages. The white tiger along with the dragon protects humans and dharma.

It is believed to be the protector of the Buddha. The white tiger has considered a symbol of earth and soil whereas the dragon represents water and the heavens.

Tigers have survived in Asia for almost 16,500 years. Today, it is an endangered species and that’s why there are tiger reserve areas in India. You may see this royal cat in those tiger reserves.

Suppose you spot a white tiger and then wonder what does a white tiger symbolize, courage, fierceness, and exceptional strength would be the answer! 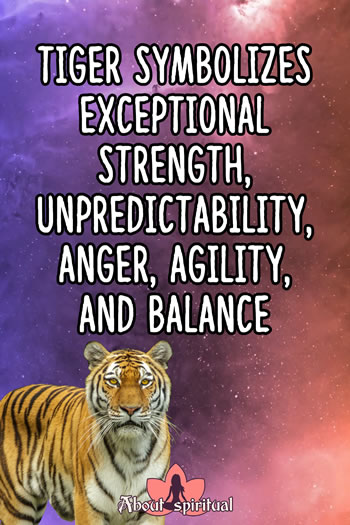 Many people dream about tigers because it is one of the scariest creatures roaming on this planet. Many of us have never seen a tiger in real life. However, we all know how it looks and why the white tiger is so charming.

If you see a white tiger in your dream, it has an important message for you. White tigers represent women. The white tiger dream meaning is that your emotions and feelings are suppressed.

Seeing a white tiger in a dream also symbolizes aggression, female gender, and temptation. What does a tiger symbolize in a dream and if it is caged? It simply means your feelings and emotions are suppressed. Your emotions will pour out if you continue suppressing them.

It is not a positive sign if you are being attacked by a white tiger in your dream. It means your enemy is getting stronger and distressing you. White tigers’ dreams often symbolize that you will face some difficulty in your life.

You will have to be more focused and work harder to achieve your life goals. If a woman dreams about a white tiger, her children may experience health issues.

Suppose you dream of yourself hunting a white tiger and you kill it, you will experience success in your business. It is a bad omen if you capture a white tiger in your dream. It indicates that your friend is a threat to himself. White tiger dreams can have various meanings. Its actions in your dreams symbolize the meaning of that dream.

What does a tiger symbolize in the bible?

Spiritual people often try to find out the biblical meaning of tiger dreams. The bible offers solutions for many of our worries and problems. Such dreams often reveal a hidden aspect of your personality that is more powerful than you have ever imagined.

Such dreams also symbolize fears or things that you always try to avoid in real life. It may also be a symbol of a powerful misconception and a lie that has been misguiding you for a long time.

What does a tiger symbolize in the bible? It symbolizes your fear. It indicates that you are running away from real-life issues and not facing rumors that affect your life. Such dreams say that you presume your enemies are more powerful and that’s why you don’t encounter them.

We all know that running away from our problems is not a solution. Tiger dreams indicate that we don’t take issues as seriously as we should.

If you meet a friendly tiger in your dream, it indicates that you can believe in yourself and deal with the most frightening issues in your life. Suppose you see a blue tiger, it symbolizes that you are misunderstanding something that has good intentions.

Both men and women dream about tigers. Tigers in their dreams can symbolize different things, but the bible does not depict different meanings. However, other cultures symbolize tiger dreams in different ways.

What does a tiger tattoo symbolism mean?

Tiger tattoos are deeply symbolic. Creative tattoo artists have created many amazing designs. You can choose between ferocious, Bengal, white, or a cute tiger. Here you will learn what does tiger tattoo symbolism means so that you can pick a perfect one for yourself.

Tigers are at the top with other similar creatures when it comes to meaningful tattoos. These creatures have been a part of carnivals, fashion, and magic acts for a long time. Many tattoos feature them because of their charming looks.

Although there are different meanings of tiger tattoos, most people choose them to show power and dominance.

This animal is the top predator and it possesses enormous strength. It can even hunt down an elephant if it is hungry and dedicated. People love such attributes as tigers and that’s what they also want to be. Therefore, they choose tiger tattoos to believe in their strength and take on anything they like.

We have explained many answers for what does a tiger symbolizes. What it mainly symbolizes is exceptional strength, self-belief, and great courage. Experienced tattoo artists suggest tiger tattoos only if they think someone is as courageous as a tiger in the wild.

If you are searching for a sleeping tiger meaning, you have just witnessed a tiger sleeping in your dream. It may not happen in real-life because it will hear footsteps or movements and get alert. That alertness will lead that royal cat to attack you.

Seeing a sleeping tiger in a dream means that there is a hidden force in your life. That force can be anything from your hidden talent to strengths you do not know. Such a strength or talent comes out when it is your time to prove you are special.

Such dreams also indicate things, which may happen in your life and which you have never expected to happen to you. So, be ready for new adventures because your life is going to be more exciting than it is now.

What is the meaning of seeing a black cat?

Tigers are in danger due to humans, but they are still the most dangerous animal in the jungle. Countries are protecting this royal animal to ensure it will survive on this planet for many ages.

However, the tiger won’t mind if it finds a human in its territory and it may attack. You may dream of such occurrences. Now you know what does a tiger symbolize, so such dreams won’t puzzle you anymore.

What does a hawk symbolize? Hawk meaning and symbolism
Next Post: What does it mean when a moth lands on you? Good luck or bad luck?